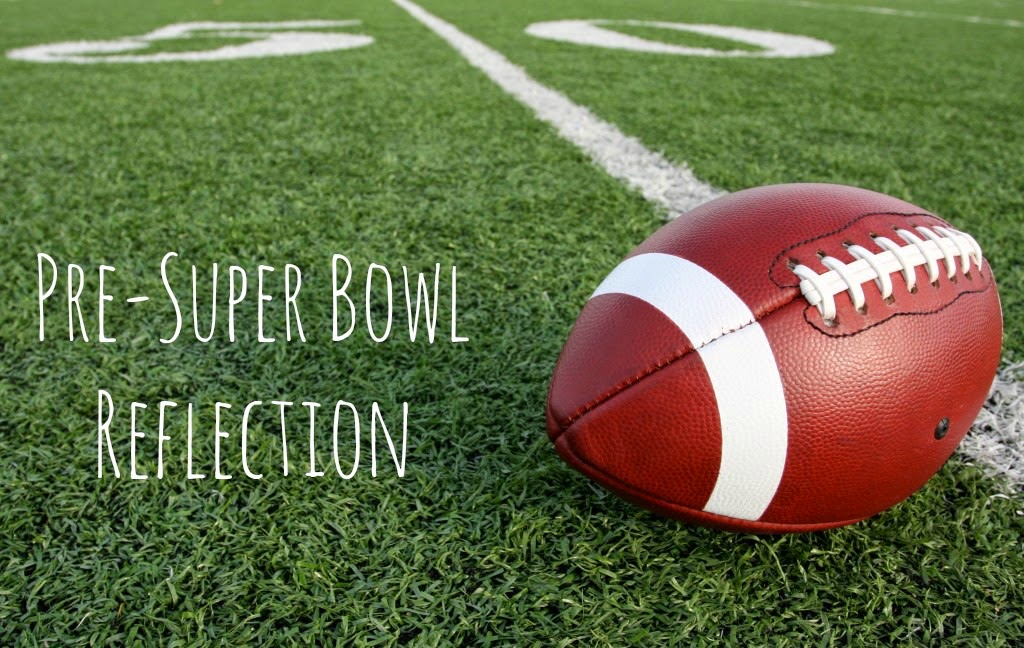 I was looking for things to write about today, and one of my friends, Gail, mentioned my Super Bowl "claim to fame."  Yes, I have one!  Many of you know, I LOVE FOOTBALL!  Seriously.  I love it.  This is important, because this is an off-week as we prepare for the greatest football event of the football year.  This event is the big kahuna!  Since I love football, I have to love a team right?  I do!  I love the Seattle Seahawks!  But really, I love Russell Wilson!  Ever since he was a student at State and our QB, I fell in love with the way he played ball.  He is quick, he thinks ahead, and most importantly, he makes plays happen!  Nothing would thrill me more than to be in Carter Finely, screaming my lungs out, as Russell Wilson decided to run the ball, and make a touchdown.  Beautiful things!  Now time for my story: 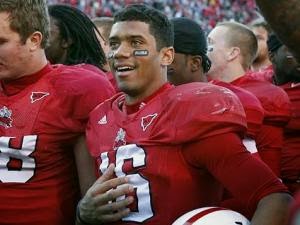 Years and years ago when I first started NC State, I was in a history class (imagine that).  I don't even remember what class it was or what it was about (that means it was a really long time ago).  All I remember is that this kid sat right in front of me, and one day I leaned forward and asked him to move his head so I could see the board.  He graciously laughed, and leaned over so I could see.  Later we were grouped up, and that same kid was in my group.  He introduced himself, and informed me that he played football for NC State, and I responded with the typical, "Cool.  Now back to this project."  Later, I asked what position he played, and when he answered, I responded with, "I actually know what that position is!"  First football game I went to that season, I watched that kid play, and he was awesome!  After watching him play for years at NC State, and very sadly watching him leave for that other school, and joyfully screaming when he was drafted into the NFL, I was overjoyed to see Russell Wilson achieve his dreams at last year's Super Bowl. 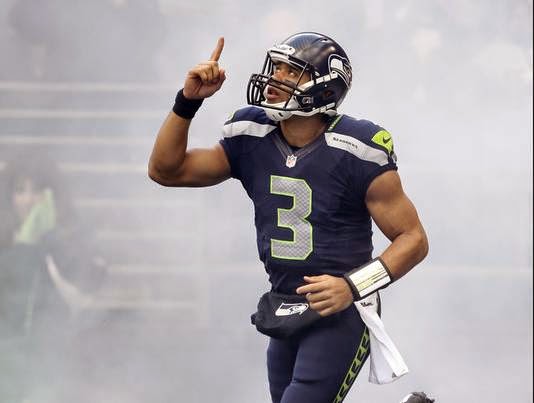 Many people around here are Panther fans, and while they were disappointed to see their team lose, I was overjoyed to see my classmate from so many years ago earn himself another trip to the Super Bowl!  I don't know if you are Patriot's fan or a Seahawks 12th Man, but regardless, we are looking at an interesting game, because I have seen Russell Wilson do amazing things, both on the field and off. With all the love and support he and his wife give to the Seattle Children's Hospital, I know he is going on for greater things than I could imagine.  So folks, if you don't already know, win or lose, Russell Wilson is one to watch.  He told me that a long time ago, and I haven't been able to look away since!  Good luck Seahawks!  Go get 'em Russell!

Who are you rooting for at the Super Bowl?
Like I said, let me know!