Every Thursday, all my friends post the #tbt pictures, and I never, ever participate.  I have too many wonderful pictures to choose from, but they all come with funny stories as well!  So I have decided to post a couple here, and explain the love, and humor behind them.  After all, it's my blog, so I make the rules!  :)

1.  Several of these pictures will include my friend Brianna, because we always have an interesting adventure up our sleeve!!  This below is from a shopping trip that Brianna and I took in January 2010.  We originally met two weeks before freshman year started in 2008 at ESCAPE Camp.  This camp was for female engineers.  I think B is one of the few from that camp that actually graduated as an engineer.  Oops!  Anyway, this was THE shopping trip where I tried on a blue top (not pictured here) and B told me to "take that off, you look stumpy!"  Yes, my best friend called me "stumpy" and she is still my best friend.  That is what best friends do though.  They tell you the truth, in a way that you will understand it!  It will not always be nice, but it will always be true and said with love.  B & I swore that if we lost five more pounds, we would come back and buy these outfits.  Four and half very fat years later - we do not even own these outfits!!!  We NEVER went back, or lost five more pounds!  I would CUT OFF MY LEG to be that skinny again!!  Lesson Learned?  BUY THE OUTFIT!!!!!!  lol Just kidding.  Take pictures of it instead! 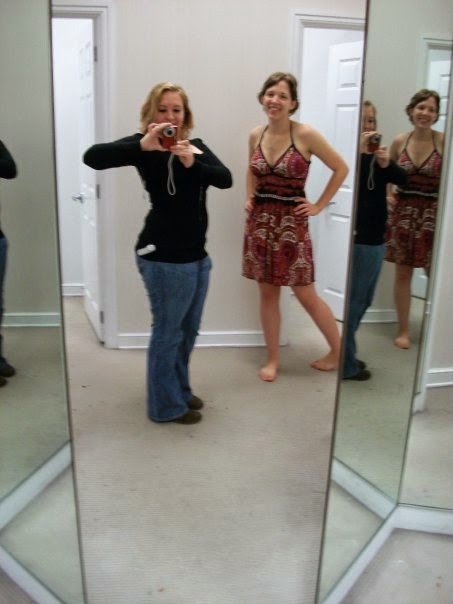 2.  Okay, don't freak out!!  That is indeed a snake in my hair!  As a kid, I was terrified of snakes.  Scared s***less you might say!  I would have nightmares about them.  I would dream I was eaten by one.  It was bad.  So as a sophomore in college, I decided to conquer my fears, and get one.  Yep.  I went extreme.  I bought a yearling corn snake, and named her Odie (I thought she was a boy).  This picture was taken in May 2010, and I still have her!  She cannot, however, still fit on my head.  She has grown tremendously, although at five years old, I think we are done growing.  Last time I check, she was about 54 inches long.  Almost as long as I am tall!  But here?  Here she was about ten inches.  She was a BABY!  My how the years have flown! 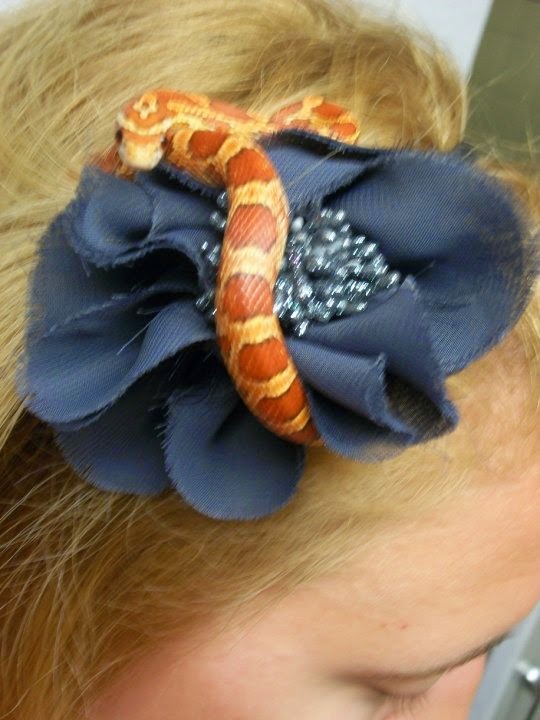 3.  It is good to see that I can still make that face!  Haha!  This picture is again featuring Brianna and this time we are having an adventure at the WISE Semiformal.  I took Brianna as my date!!  Ah, April 2010!  That was so much fun!  In the picture below, B is posing for her beauty shot and I am describing how I felt.  Legit!  We had been dancing, and running around like crazy people, and someone said, "Describe how you feel."  That is what I did.  No, there was no alcohol involved, and only a little bit of sleep deprivation!  Always remember the good times! 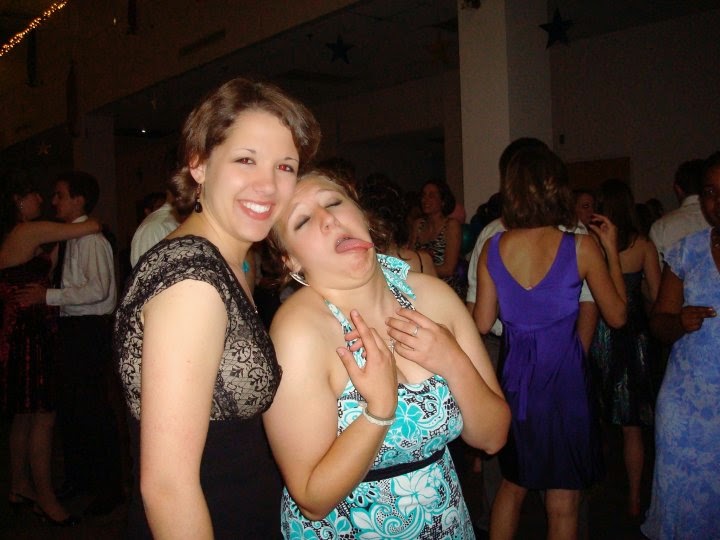 4.  Here is a picture that I really enjoyed!  This was taken the Friday after Thanksgiving in 2007!  This is my mom Tracie, my sister Merritt, my oldest cousin Kourtney, and my older cousin Kadie!  We use to have the really awesome tradition of always going to my Maw Maw's house for cookie baking on the Friday after Thanksgiving.  We would bake Moravian sugar cookies, and listen to Christmas music, and just generally be a family.  A few years ago, some members of our family decided this was no longer a tradition that they wanted to keep alive.  While I am still sad that we let this 65 year old tradition die, I am already making plans to incorporate it into my family one day.  When Josh and I get married and have a living area all to ourselves, we will invite our family to come to our home, and bake Moravian sugar cookies, sing, share and enjoy each other.  It will be chaotic, and it will be messy, and we will be exhausted the Saturday afterward, but it will be because we spent time with the people we love.  We all go through periods in our life where it feels as though something will always be the same, and then all at once, it will change or cease to exist.  Still, some traditions are worth keeping, even if, for a few years, you have to let them go.  Don't worry though, I will bring this back to life! 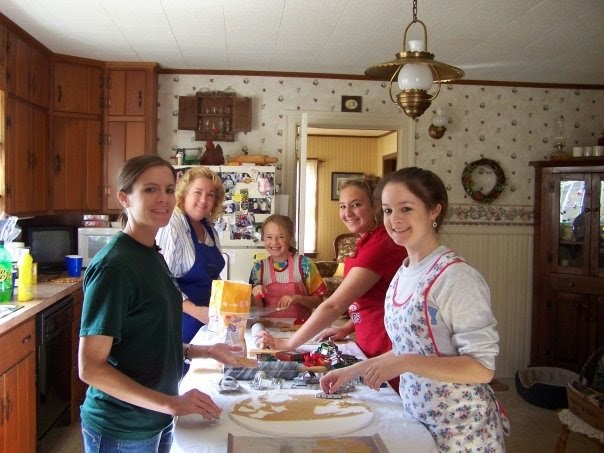 5.  Last but not least, a final picture of me and Brianna!!  This picture was taken in September of 2009, right after B and I re-met/really became friends!  We both have on our "10 Reasons to Be An Engineer" shirt, and I painted our faces for a football game.  This is the game where we road the bus. BIG MISTAKE!!  If you would like to get to the game, the bus is not the way to go.  We are loaded onto buses like sardines.  Anyway, this was the time before Smart phones had really taken off, and neither B nor I had one.  So we were working with nothing this day, because you do not take your laptop to the game!  We could not for the life of us figure out where the buses picked up, or what time they picked up.  We missed the first bus by maybe about five minutes.  We watched it pass us as we were walking toward it.  Silly us, we thought the buses ran on a better schedule.  Nope.  45 minutes later, another bus finally showed up.  Hundreds of people were left behind, but B and I were ruthless.  After I fell on someone, we got to sit down.  We ended up getting to the game about an hour after it had started, and therefore had nose-bleed seats.  I really don't remember the game, because we were in with the tailgaters that had been a little too drunk to make it on time.  I know we sang, and cheers, but whether we won or played well?  I don't know!  lol  It was a great adventure either way! 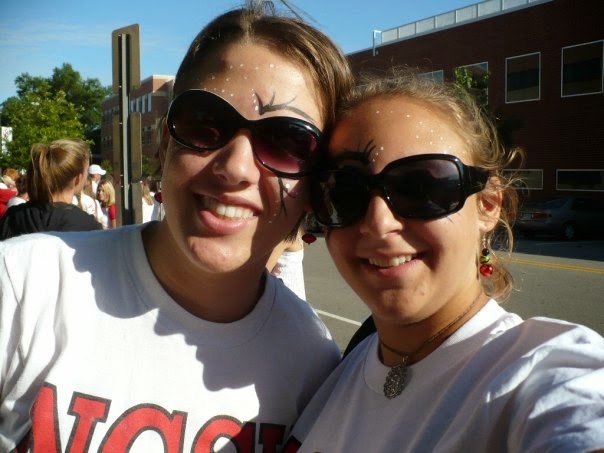 What are some of your favorite #tbt memories?  Do you have some crazy pictures with friends?  What are the stories included with your pictures?  Like I said, let me know!